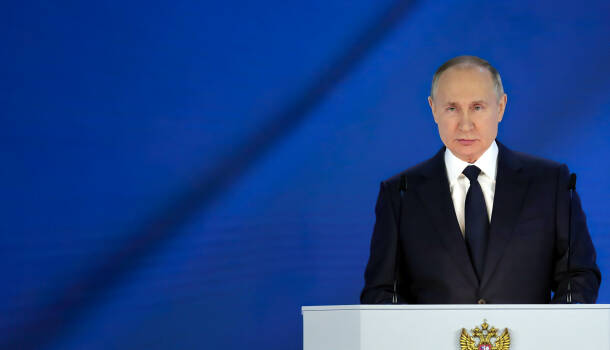 Tomorrow marks 76 years since the Americans dropped the atomic bomb on Hiroshima, and a week ago President Putin signed a decree establishing an Interagency commission on historical education. What do these events have in common?

The fact that the use of historical "weapons" can have consequences no less serious than a nuclear bombing. Sure, an assault on the historical consciousness won’t kill anyone, but it will destroy the memory and the spirit of the people. In the end its only one step away from an actual death.

Almost everyone in Japan knows who dropped the bombs on Hiroshima and Nagasaki. They believe that there was no military necessity for that. They also know that the Americans never apologized for using nuclear weapons - although the Japanese would appreciate that. And yet the US is considered a friend, and Russia - an enemy. And why is that? Because Russia doesn’t want to give up the "northern territories". And even though the United States retains bases in Okinawa, the country isn’t considered a public enemy. Where does this attitude come from?

It's simple: the Americans defeated the Japanese not only in World War II, but also in the following war with their historical consciousness. They not only drafted the constitution of Japan, but also cleverly shifted their attention from themselves to the Russians. From their own occupation to "Russian annexation." So what if the territorial dispute between Japan and Russia could have been settled in the second half of the 1950s? After all the Americans did prohibit Tokyo to sign a peace treaty with Moscow, in order to retain the opportunity to manipulate the Japanese national consciousness with the help of the "northern territories."

That’s why even after three quarters of a century after the war, the Americans are Japan’s best friends, and the Russians are still their enemies. And until Japan’s historical memory is free from someone else's scheme, the country won’t have а full sovereignty.

And the Russians do have one - and always will have. But it needs to be defended, also on the historical battlefield. That’s what Putin’s Interagency commission on historical education headed by Presidential Aide Medinsky is all about. "It aims to ensure a planned and proactive approach to the matter of defending the national interests of the Russian Federation related to the preservation of historical memory and the development of educational activities in History".

The commission will coordinate government authorities, scientific, educational and cultural communities while they "develop a unified approach to the implementation of historical education and prevent any attempts to falsify history". It will also analyze which foreign organizations and people "damage the interests of Russia in the historical field and take prompt measures to counter these activities". Finally, it will prepare proposals for the information management of "counter-propaganda activities" and the conduct of educational actions, including those related to memorable dates and historical events.

Right after the issuance of the decree, the liberal society rang the alarm: this is a real "historical Cheka". They immediately recalled the presidential commission on counteracting attempts to falsify history to the detriment of Russia's interests, which existed from 2009 to 2012. It didn’t do any good, but at least there were historians involved, and not just security officials!

And the current commission "will include representatives of the Federal Security Service (FSB), the Interior Ministry, the Investigative Committee, the presidential administration, the staff of the Security Council, the Prosecutor-General's Office, the foreign intelligence service (SVR), the Ministry of Foreign Affairs and other departments." This is terrible - security officials are going to teach historians how to love their homeland. This means that we’re going to get a whole new "Short Course in history" and censorship!

The liberals are trying to convince us that this commission will interfere in the scientific work of historians, that ideology will replace science and that:

" It is generally inappropriate for modern society to have a unified view of historical processes, historical events. A modern, complex society of the European type, which, fortunately, Russia belongs to, must have a complex history, which is not a single narrative, but an overlap of multiple narratives that satisfy the interests of various social groups and social strata."

That’s right! You shouldn’t just have one view of history. You should study separate details, work different angles, take into account the opinion of all minorities. You should feel the elephant from every side, like those blind men from the fable, who went through all possible versions of who was in front of them, but the correct one.

Of course, there is history as a discipline and history as part of ideology, as the most important part of national identity and nation building. How can we distinguish between them? Definitely not the way it was done in Soviet times, when there was no difference between them at all. When everyone had to adjust their historical research to the only true Marxist-Leninist teaching, and a whole list of events and figures were simply hushed up. In the end, this hurt not only the communist ideology, but also the state, because the debunking (which turned into demonization) of the glossy Lenin and the hushed up Stalin became one of the major reasons for the collapse of the USSR.

But in spite of the difference between history as a discipline and history as part of the ideological backbone of the people's self-awareness, it’s the government’s and the society’s job to defend their history. Without simplifying or embellishing it, but forming a coherent and logical version of Russian history, that explains its nations’ laws and spirit and the love for its journey, with all its ups and downs.

Because those who don’t want to preserve and study their history will study someone else's version of their history. The one that will meet the interests of external forces and other civilizations and won’t coincide with our national interests, or will even contradict them.

Examples of this can be seen in the creation of a "Ukrainian version" of Russian history and the equalization of the roles of Hitler and Stalin in World War II. These are the most relevant examples, but they are not the only ones. Historical weapons are used not only on the external front, but also on the internal one. The incident with the recurrent war of monuments (“Don't put Grozny there! Stalin’s monument isn’t allowed here! Down with Kolchak!”) - is a tangible proof of that.

Which version of history will be taught to our children is actually a matter of national security. Of our future. No one is going to prohibit disputes about the past, but no one has the right to attribute this "slave personality" to us or use the Caucasian war of the 19th century to demand repentance from the Russians. Or try to pit the "patriots of the USSR" against the "patriots of the Russian Empire", thereby destroying Russia.

Among other things, our history has taught us one simple truth: there’s nothing worse than division and disruption, аnd they arise from confusion in the minds and hatred, that are incompatible with love for the native history.