For the establishment of an Interagency commission on historical education 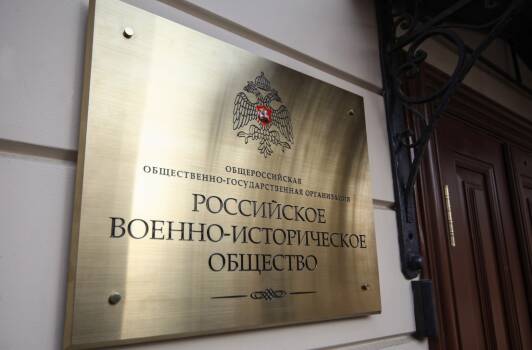 On July 30, 2021, an Interagency commission for historical education was established by the decree of the President of the Russian Federation. It isn’t the first time the authorities decided to come up with a commission that deals with existing acute historical problems. The previous one was established under President Dmitry Medvedev in 2009 and was called the " The Presidential Commission of the Russian Federation to counter attempts to falsify history to the detriment of Russia's interests." They are called differently because they meet different goals. So their names reflect their main objectives.

The main objective of the first commission was to "fight against the falsification of historical facts and events aimed at diminishing the international prestige of the Russian Federation." The new commission is after "defending the national interests of the Russian Federation related to the protection of historical truth and preservation of historical memory. That also includes preventing the attempts to falsify historical facts and providing educational activities in the field of history." So when we compare their objectives, we see that the current commission doesn’t just focus on the foreign policy and the facts of falsification. Its main task is to provide historical education. The commissions regulations state the following: "its goal is to coordinate the states, academic and cultural communities’ activities to develop a unified approach to the provision of historical education."

While commenting on the establishment of the new commission, both its well-wishers and opponents oddly didn’t pay any attention to this difference. The well-wishers focused on the need to restore order in the past and the opponents focused on the consequences of state intervention in historical studies. Even though the main issue here is the lack of a unified approach to the provision of historical education. What does this approach actually mean?

What theories of today's historical studies define the past? There’s only one answer to this question - different ones. But not one of them can please the society, the government and the historians at the same time. Because the Russian history is used to using either western theories of modernization and civilization, or outdated historical materialism, which some historians still adhere to. Right now we don’t have an original theory, on the basis of which it would be possible to create a positive view of our country’s past. Moreover, our academic institutions don’t even bother with creating one.

The scientific society believes that the creation of a positive outlook on history means idealizing it. At the same time, creating a negative outlook isn’t considered a bad thing. In history, as well as in culture, the more dirt you pour on your homeland, the more our Western ideological leaders will approve of it. They will definitely consider that kind of outlook a more “scientific” one. This is how Russian history looks from the standpoint of the theory of modernization - the most popular one in the Russian scientific community. After all, Russia refuses to become a modern Western-type society. Russia tried twice in the XX century and both times the country fell apart. The apotheosis of Russia's modernization is “the wild '90s”. The people still cannot recover from this inhuman liberal experiment. However, our theorists still view liberal democracy as the goal of a nation that wants to become a modern society. From the standpoint of this doctrine, only something that corresponds to freedom and democracy is considered positive in history. Since the Russian and Soviet people did not strive for freedom and democracy, in the modern Western understanding of these terms, their entire history is described by modern "modernizers" exclusively in a negative way.

The take on history from certain theoretical positions is the main reason for the falsification of history, as in a distortion of the picture of the past. If you look at our history from the standpoint of the theory of totalitarianism, you will see nothing but the merciless age-old oppression of the people by authorities and its incomprehensible tolerance for these authorities. And of course the love for its country, which didn’t have neither freedom nor democracy in the past. The history of a great people and a great state becomes confusing and monstrous. Such history won’t unite the people. It doesn’t make any sense to protect and develop a country with such past. It only makes sense to "flee".

The example of change in the theoretical perspective of the past is the "critical race theory", that is very popular among modern American historians. Basically, the theory pictures the American past through eyes of the black slaves’ descendants, and it’s terrible. American heroes became sadistic oppressors overnight; the Founding Fathers became slave owners. People even began to destroy their monuments. So this kind of mind shift occurs not only in our society.

Our historical studies have always showed this hostile view of Russian history. Therefore, any historical research from a patriotic point of view is perceived as ideologization, but the opinion of the Russophobe R.Pipes is considered pure science.

There is no past. Science draws the main facts of human history from chronicles and none of them are an impartial documentation of what happened. All historical facts are twice subjective: by their origin, when they are seen and described by an eyewitness who is the child of his time. Afterwards they are dissected by the historian with the help of the theory that he decides to use. When assessing the facts, it is important to interpret them from certain theoretical positions.

The way that people perceive historical facts depends on their consciousness. One can especially see it in the way the Ukrainian readers reacted to Presidents Putin’s article "On the Historical Unity of Russians and Ukrainians". A poll conducted by the Ukrainian sociological agency “Rating” showed that 41% of Ukrainians agree with the main thesis of the article - that Russians and Ukrainians are one people. 55% of surveyed disagree with this statement. At the same time, the distribution of opinions depends on the place of residence of the surveyed. In the east of Ukraine, where pro-Russian activists live, 65% of surveyed agree with Putin's opinion, and in the west, where nationalist views prevail - only 22%.

As you can see, the assessment of historical facts depends on the current views of people. No historical facts will ever change the opinion of those Ukrainians who want a break with Russia. This example shows how assessments of the past depend on the view of the present and the future.

Returning to the objectives of the Interagency Commission on Historical Education, based on the above, it should be noted that its main task -"creating a unified approach to the provision of historical education" - should encourage the historical community to create and adopt its own theory, on the basis of which it is possible to create positive outlook on the Russian history. The solution to this problem is definitely not trivial. Given the long-term dominance of the liberal worldview among our historians, it can be assumed that the commissions actions will face their tough resistance. Only ideas can defeat ideas. That’s why we need to create our own theoretical historical platform. In the author's opinion, this is what the commissions actions should aim at if it wants to successfully cope with the problems set before it by the president.