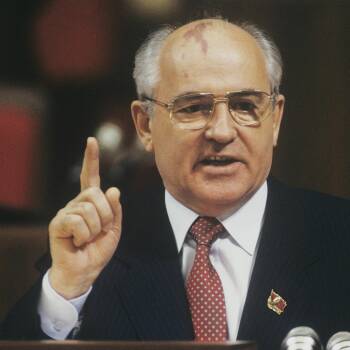 Mikhail Gorbachev was born on March 2, 1931, to a peasant family living in the village of Privolnoe, Stavropol Territory. From the age of 13, he had to combine his studies with collective farm work. At the age of 15, he began working as an assistant combiner. Being 18 years of age, he received his first award — the Order of the Red Banner of Labour. At the age of 19, he became a candidate for the CPSU (Communist Party of the Soviet Union). After graduating from school with a silver medal, he entered the Moscow State University named after Lomonosov without exams.

Initially, he headed the Organizational Party Work Department, and in 1970 became the First Secretary of the Stavropol Territory Committee of CPSU. He worked in this position until 1978.

On March 15, 1990, at the extraordinary Third Congress of People's Deputies of the USSR, Mikhail Gorbachev was elected President of the USSR — the first and last one in the history of the Soviet Union.

In 1985, Mikhail Gorbachev made the largest attempt in the history of the USSR to reform the Soviet state and society. The campaign was commonly called "perestroika". The official plan was to "renew socialism" and give additional impulse to its further development.

However, all these activities led to the emergence of a market economy and free elections practices, the destruction of the CPSU monopoly power and the USSR collapse.

Some most striking populist campaigns organized by Gorbachev were the anti-alcohol campaign, the fight against non-labour income, and the adoption of the Self-Employment Law.

In his foreign policy activities, Gorbachev put a number of peace initiatives forward and proclaimed a policy of "New Thinking" in international affairs. He imposed a unilateral moratorium on nuclear weapon testing. However, the West regarded all these activities as a manifestation of weakness and was reluctant to reciprocate.

Due to Gorbachev, the Warsaw Pact Organization was abolished which never improved relations with NATO (North Atlantic Treaty Organization).

With his help, in fact, communist regimes in Eastern Europe ceased to exist, and Germany reunification took place.

All these facts, as many analysts believe, became a symbol of the USSR’s loss in the Cold War.

End of the Governing Career

On December 25, 1991, upon signing the Agreement on the Dissolution of the Soviet Union, Mikhail Gorbachev resigned as President of the USSR.