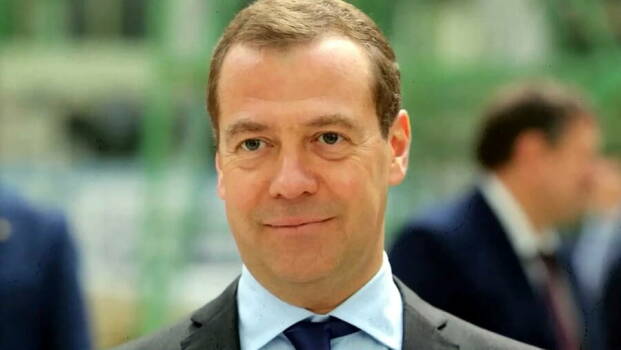 In his inaugural speech, Medvedev said that the priority task was "to further develop civil and economic freedoms, create new civil opportunities."

Dmitry Medvedev's first activities as President dovetailed with the beginning of the 2008 global financial crisis which affected almost all countries of the world with sufficiently developed international relations and trade.

The leaders of the Russian Federation chose budgetary and credit policy as areas for the first decisive measures in that economic situation. They involved experts to develop and implement an anti-crisis programme that yielded the first positive results at the end of 2009.

In September of 2008, they began planning to adjust the budget for three years ahead and to substantially increase military expenditures. In 2009, they significantly increased financing of defence expenses.

So started the policy of modernization and innovative development.

On August 8, 2008, Georgia, under the leadership of President Mikhail Saakashvili, launched a military aggression against South Ossetia which had been formally accused of violating the ceasefire. Providing protection for numerous citizens of the Russian Federation who lived in South Ossetia, Russia on the same day intervened by sending military units to help the Russian peacekeeping battalion located in the zone of Georgian-South Ossetian conflict, which suffered losses when Georgian troops had begun shelling of the territory of South Ossetia.

The armed conflict in South Ossetia was called the Five-Day War. On August 12, Medvedev announced the decision to end the operation to “force the Georgian authorities to peace”. The actions of Georgia were described by the President of the Russian Federation as genocide and ethnic cleansing.

Together with the President of France Nicolas Sarkozy, Medvedev adopted a plan for the settlement of the armed conflict in Georgia that contemplated the cessation of hostilities, withdrawal of troops to the positions before August 8 and security guarantees for Abkhazia and South Ossetia. On August 26, Russia unilaterally recognized South Ossetia and Abkhazia as independent states. On September 2, 2008, Georgia severed diplomatic relations with the Russian Federation. The process of Georgia's accession to NATO stalled though Georgia had prepared the operation against South Ossetia together with the United States.

On August 31, 2008, the Russian leader announced “5 positions” of foreign policy:

1. Russia recognizes the primacy of the fundamental principles of international law that determine relations among civilized peoples.

2. Rejection of a unipolar world (US dominance) and building multipolarity.

3. Avoiding isolation and confrontation with other countries.

4. Unconditional priority of protecting the life and dignity of Russian citizens “wherever they are”.

Following negotiations with Chinese President Hu Jintao held in June 2009, Medvedev announced the conclusion of a ~ $100 billion Russian-Chinese energy deal. The deal was the largest in the history of relations between China and Russia.

On April 8, 2010, Medvedev and US President Barack Obama signed the Strategic Arms Reduction Treaty (START-III). According to the Russian President and some other senior officials of the state, START-III has strengthened the security of Russia, the United States and the whole world, removed mutual concerns of the countries and saved huge funds without hampering the modernization of weapons. During Medvedev's presidency, Russia was extremely concerned about the ballistic missile defence system in Europe (European Missile Defence) being created by the United States.

The construction of the offshore section of the Nord Stream main gas pipeline between Russia and Germany under the Baltic Sea began in 2010. The project objectives were to increase the supply of Russian gas to the European market and reduce the dependence of purchasers on transit countries. Gazprom received 51% of the Nord Stream shares. In 2010, it was planned to start the construction of the South Stream gas pipeline under the Black Sea from Russia to Bulgaria and further to the countries of the Balkan peninsula, to Italy and Austria. The project was launched in December 2012, but the activities stopped due to the unconstructive position of the European Union.

In 2011, a wave of protests (“colour revolutions” initiated or supported by the US and its allies) swept the Arab world, leading to сoups d'état in Tunisia, Egypt, and Yemen, civil wars in Libya and Syria, mass demonstrations in Algeria, Iraq, Morocco, Oman, and elsewhere. This series of uprisings is known as the Arab Spring. At that time, Russia's ability to influence the situation was limited, and key countries of the world, neglecting the rules of international law, preferred to focus on their own geopolitical interests.

At a meeting of the National Anti-Terrorist Committee held in February 2011, Russian President Medvedev expressed his opinion about colour revolutions and their consequences in Tunisia and Egypt: “They prepared such a scenario for us previously, and now they will try to put it into practice.” But in any case, this scenario will not succeed. The turmoil sweeping through the Middle East will have a direct impact on the situation in Russia. I am speaking about quite a long-term prospect, possibly decades…”

In November 2011, Medvedev declared that the urge of people in Arab countries for democracy is understandable, but it is absolutely unacceptable when the result is a civil war. Medvedev also expressed his hope that these states "would come to appeasement, civil, religious and interfaith peace". As for the situation in Syria, Russia supported the legitimate Syrian leader Bashar al-Assad.

Also, Russia persistently impeded the adoption of the resolution on Syria by the UN Security Council, continued to fulfil the terms of all military orders in Syria and found itself in key positions regarding this state. In this case, Russia acted within the framework of international law and considered the need to combat international terrorism.

Within the period of Medvedev's presidency, there were the following reforms in Russia: in the field of private entrepreneurship; in the social sphere, including an increase in maternal capital for the second and third child; amendments to the Constitution of the Russian Federation; modernization of the economy of the Russian Federation in the field of technology; anti-corruption reform in the executive and legislative branches; lawenforcement reform; the successful completion of counter-terrorism operation in the North Caucasus; reformation of the army.

According to the World Bank's publications, by early spring of 2010, Russia's economic losses in the context of the global economic crisis had been significantly less than expected; and the country's external debt had grown by only 14%, which was the most stable result among the countries affected by the economic crisis.

Increased lending to banks allowed to significantly strengthen the financial system of Russia and avoid panic among the population. Equally, private entrepreneurship reforms allowed for the survival of small businesses.

During the four years of Medvedev's presidency, real wages were growing, while the average wages increased by 18% in real terms and by 75% in nominal terms. The labour pension rates grew by 2.5 times. Due to the state's direct support program, 1.5 million Russian citizens could acquire housing, and more than one million families were able to improve their housing conditions through the use of the maternal capital.

Medvedev's achievements in the field of domestic policy starting from 2009 also include the modernization of the Russian economy in the field of computer, space, military, medical and other technologies. In 2010, the Skolkovo Science Park, a Moscow state-of-the-art scientific and technological innovation complex, was launched to develop and commercialize new technologies.

The growth and stabilization of Russia's population may be considered the main social achievement. In 2008–2011, Russia achieved one of the highest rates in several decades: the number of families giving birth to a second child increased by 45%, and to a third child — by 62%.

Anti-corruption reform in all executive and legislative bodies contributed to the separation of authorities from major businessmen. This reform was one of the toughest transformations carried out under President Medvedev.

A purge of regional leaders affected primarily the governors found to be corrupt.

The 2009–2011 reform of the Ministry of Internal Affairs of the Russian Federation changed the methods of assessing law enforcement officials. Thereat, their salaries were increased and the number of internal affairs officers was decreased by 22%. The Investigative Committee of the Russian Federation was also established at that time. Not being subordinate to the Prosecutor's Office, it has become the most independent investigative body in the country. According to the Law "On Police", militia was renamed into police.

The Strategic Arms Reduction Treaty-III was regarded by many experts as a major achievement of the "reset" policy (an attempt to constructively rethink Russian-American relations to establish a partnership which failed due to the further US policy). The issue of the European missile defence system was not resolved, because Russia demanded to regard its strategic parity (the state of approximate equality, the balance of the parties in the number and quality of missile and nuclear weapons), while the United States actually promoted the opposite conditions.

However, the speed of missile defence system deployment in Eastern Europe slowed, which can be considered an achievement.

Allied relations were established with Cuba and Venezuela.

In 2012, while summing up the results of his presidential term, Medvedev noted the following shortcomings as well: an increase in unemployment to 4% and higher, according to the results of 2011; a lack of funding for the domestic sector of the Russian economy, which caused a prolonged exit from the crisis; insufficient attention to the new educational reform (in particular, to the improvement of the mandatory Unified State Exam, USE) and non-inclusion of this sector into the anti-corruption reform, which sharply increased bribery among educators; insufficient attention to the pharmaceutical industry, which caused a shortage of certain groups of medicines and an increase in their prices; a controversial decision to change the time zone in some regions, abolishment of daylight savings time, and a reduction in the number of time zones in the Russian Federation.

Dmitry Medvedev started his career as a laboratory assistant at the department of Leningrad Technical Institute. In 1986, he joined the CPSU, of which he remained a member until 1991. In 1989, he participated in the election campaign of Anatoly Sobchak during the election of the people's deputies of the USSR. During the 1990s (before moving to Moscow in 1999), Medvedev was a lecturer on civil and Roman law at the Civil Law Chair of the Law Department of St. Petersburg State University; from 1990 to 1995, he was an adviser to the Chairman of the Leningrad City Council and an expert of the Foreign Relations Committee of the St. Petersburg City Hall.

Medvedev has been married to his schoolmate Svetlana Linnik since 1993. The couple has a son. Since his youth, Dmitry Anatolyevich Medvedev has been fond of rock music and photographic art. Being a big fan of information technologies, he is one of the most active users of social networks among high-ranking Russian officials. Medvedev is known to be a fan of the St. Petersburg football club Zenit. At the age of 23, Medvedev decided to be baptized according to the Orthodox rite. Dmitry Medvedev is a winner of many Russian, foreign and confessional awards, a holder of honorary academic titles, etc. In 2015, he was recommended for the Order of Merit to the Fatherland of the first degree. Moreover, President Medvedev was the youngest head of the Russian state after 1917, including the Soviet period.